The National Communications Authority (NCA) has shut down 49 Television (TV) stations for operating without authorizations.

In a statement, the NCA added that the monitoring revealed that some channels were operating without valid authorizations, contrary to Section 2(4) of the Electronic Communications Act 775 of 2008.

The law states that ‘Except as provided by this Act or any other law not inconsistent with this Act a person shall not operate a broadcasting system or provide a broadcasting service without a frequency authorization by the Authority’.

As a result, 49 channels have been identified to be operating without valid authorizations from the Authority and are being shut down accordingly.

Recently, TV stations which air programs showing self acclaimed spiritualists and money doublers have come under considerable public criticism after two teens, who killed an 11-year-old boy at Kasoa, claimed a spiritualist they saw on TV influenced their decision to kill for money.

Minister of Information and various media industry regulators have since formed a taskforce charged with ridding the airwaves of content that are inimical to society.

Below is the full statement and list of affected stations. 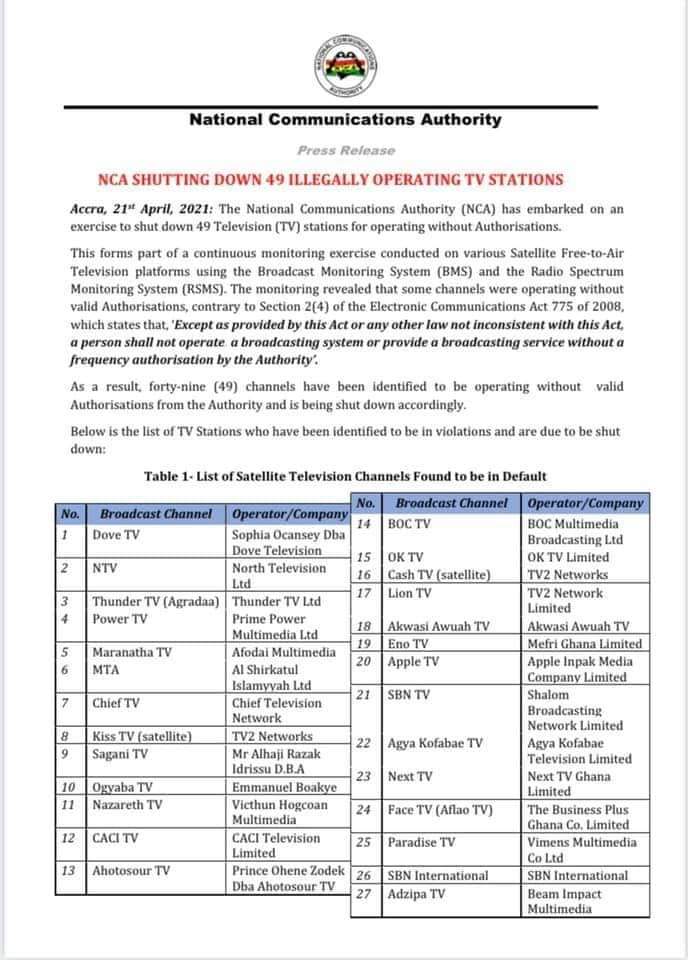 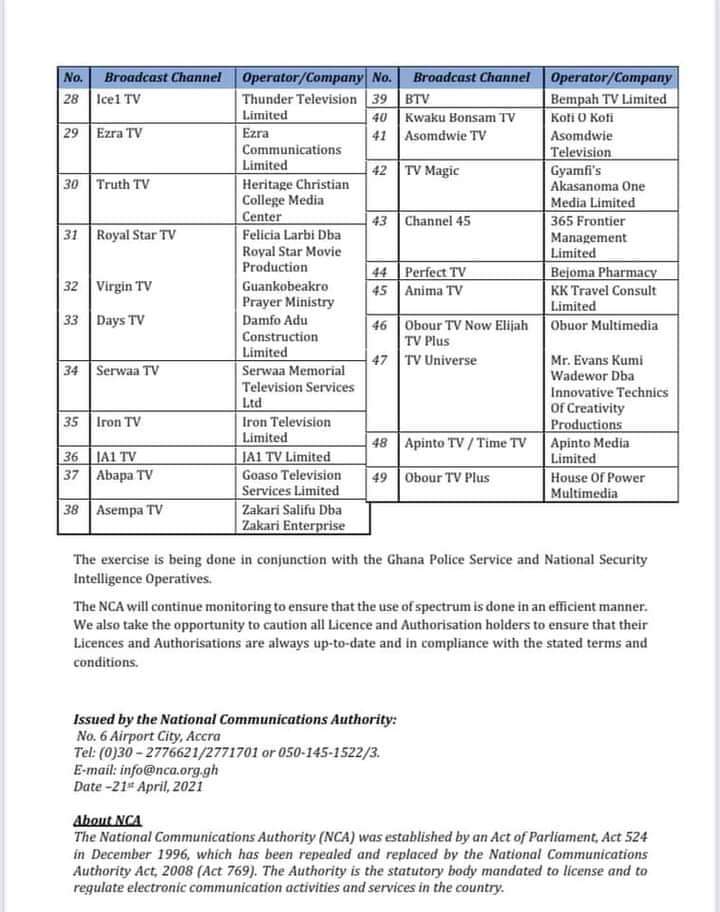 SWIFT gets partner for CBDC gateway to existing payment networks

We cannot continue to rely on expats to manage our digital...

Apple to roll out iPhone self repair scheme

Amazon to ban Visa cards in the UK due to high...

MoneyGram to let customers buy and sell bitcoin with cash

US and allies restrict technological exports to Russia

Open Letter to National Insurance Commissioner – wake up from your...