A senior fellow at the Center for China and Globalization in the US, Harvey Dzodin has stated categorically that the US strategy to use sanctions based on unfounded security threat claims to clip the wings of Huawei will eventually fail.

This is contained in his expert opinion piece on that matter, having followed, written on and taught topics on US-China relations for decades.

He thinks the claim by the Trump government that Huawei and some Chinese companies are a security risk to the US without a shred of evidence rather indicates that US has an inherit national insecurity.

Below is the full article from Harvey Dzodin.

I remember a 1990s New York Telephone adverting slogan with the tagline “we’re all connected” which is ironic because at that time, the internet was in its infancy and social media was a thing of the future. Fast forward three decades and we’ve already been hyper-connected for years but now at this very moment, we’re decoupling. Why and what’s to be done?

As of midnight, Huawei, one of China’s most innovative tech companies and a global telecommunications leader, has been cut off completely from sourcing any electronic components containing American technology by an executive order of President Donald Trump. He has also ordered the wildly successful mobile app, TikTok, developed by Chinese relative newcomer ByteDance, to cede its American presence, and, Oracle, a U.S. company friendly to Trump, has just won the competition to take charge. His next target is the Chinese tech giant Tencent, whose WeChat app is leading the world when it comes to mobile payments. All these U.S. actions, self-justified without proffering a shred of evidence, are being taken on grounds of “national security.”

I believe that it’s actually national insecurity that’s the cause. The U.S. is no longer competing with China in this 21st century high-tech world. Instead of taking the high road of competition that made the country a world leader, the U.S. is taking the low road of fear-mongering to technologically fence off and contain China.

U.S. decision-makers, from Trump on down, must know this as the data are crystal clear. According to the U.S. National Science Board, China passed U.S. expenditures in R&D last year for the first time, having grown by 18 percent a year since 2000. In fact, China has contributed 32 percent of all R&D spending growth since 2000, compared with 20 percent for the U.S. and 17 percent for the EU. And for the future, the OECD projects that the share of students with STEM degrees in the OECD and G20 countries will be: China, 37 percent; India, 26.7 percent, Russia, 4.5 percent; the U.S., 4.2 percent and Indonesia, 3.7 percent by rank for the top five countries.

The U.S. strategy, however, is only clever by half. Yes, the aforementioned Chinese innovators could well be severely damaged in the short term, but on the flip side by necessity China, used to playing the long game for millennia, will come out ahead by competing even harder and developing superior home-grown chip and other relevant technologies. 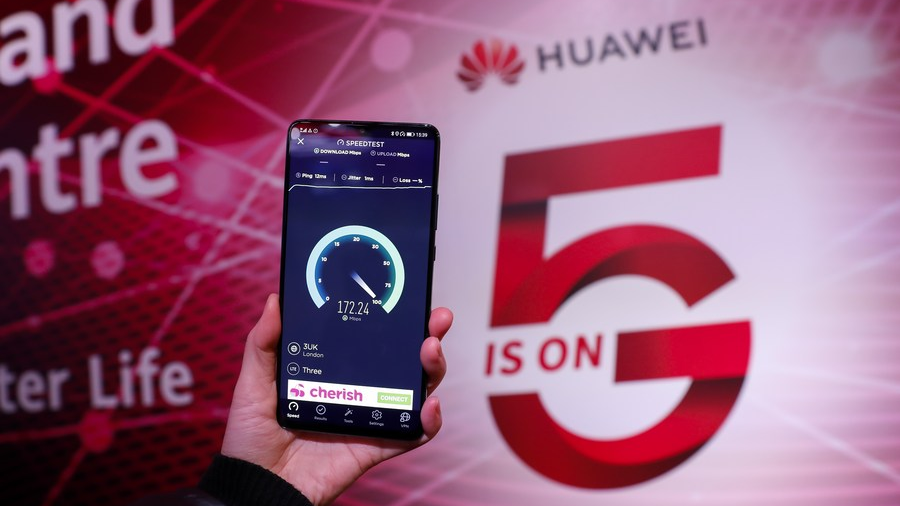 At the same time, the U.S. has inadvertently shot itself in the foot. One American industry analyst estimates that Huawei’s now curtailed purchases from U.S. suppliers account for about 32 billion U.S. dollars of 120 billion U.S. dollars in U.S. semiconductor exports and he went on to say that “stock prices will tumble, there won’t be as much for R&D and U.S. companies will have to lay people off.” SEMI, the global industry association representing the electronics manufacturing and design supply chain with over 2,400 member companies and 1.3 million professionals worldwide, said the new restrictions will lead to lost U.S. sales and an erosion of the customer base for U.S. origin items.

The U.S. “Clean Network” plan under which Trump acted, is what one would expect from the current U.S. “America first” administration: An arrogant election-year one nation-conceived and led “my way or the Huawei” initiative targeting Chinese “malign actors.” It’s a stark contrast to what Chinese Foreign Minister Wang Yi proposed last week, the eight-point Global Initiative on Data Protection that welcomes all nations to join and develop the details and which is based on “contributing Chinese wisdom to international rules-making” and seeking to “find a path of mutual respect and shared governance for addressing the challenge of digital security.”

The situation is so painfully typical that it’s déjà vu all over again. It seems yet again that scientific advancement has far outstripped normative standards. Now we have two competing models to address data security in our technological age as different as night is from day. They form the polar opposite bases for discussing the crucial issue in multilateral and regional bodies.

There is no time to dally if we are to foreclose decoupling and deglobalization, and more worryingly to halt the possibility of Cold War 2.0 from morphing into the ultimate disconnect of  a hot and final global conflagration.

Three reasons why fintech is driving change in Africa

Exploring the Evolution of High Definition Television Viewing in Ghana

BlackBerry set to bounce back with 5G handset next year

All depositors of collapsed financial institutions will be paid – SEC...

4000 MTN MoMo customers to be rewarded for using digital payment

All depositors of collapsed financial institutions will be paid – SEC...